Role of the Mediator

Home Mediation Role of the Mediator 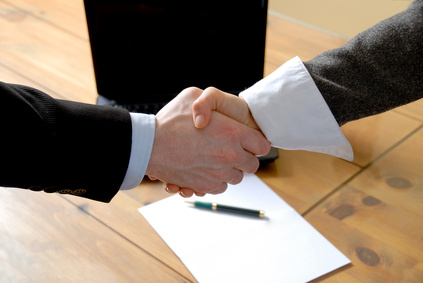 The Understanding-Based Approach to Family Mediation

Many couples have the desire and ability to work through their issues together but receive little support in our society to do so. The goal of an understanding based approach to mediation is to tap into that desire and give expression to that ability with the support of a lawyer who acts as a neutral mediator.

The mediator is like a referee, and as such, stands in the middle between the players.

The mediator stands in the middle of the two individuals and does not take sides, unlike an attorney who advocates for one person, bringing the dispute through the courts. Although the mediator is not allowed by the Court to represent either party, a mediator can draft an agreement which the parties have mediated, and the mediator can direct the litigants to where they may obtain court papers for filing.

Attorney Ann LoDolce, in the role of mediator, works together with the parties to come to a resolution on all matters. When the parties have reached an acceptable accord on all issues, Attorney LoDolce then drafts a full Agreement, which will ultimately be incorporated with the judgment.

In Divorce, a court has jurisdiction primarily over 4 disputed issues, which are like tracks going in the same direction, but do not necessarily cross:

In Divorce mediation, the issues to resolve can include some of or all of the four areas over which the Court has jurisdiction. When the couple sits down with the mediator, they need to resolve all related problems as well. For example, if the problem area is visitation, they need to deal with that even if custody is not in dispute.

The role of the lawyers in a traditional situation is to provide a voice of reason in an unreasonable situation. In mediation, the parties have an opportunity to find where they need to be reasonable in order to resolve their differences, thereby meeting their own needs. The reason the people are in mediation in the first place is that they are committed to end the dispute together, ostensibly reasonably.” 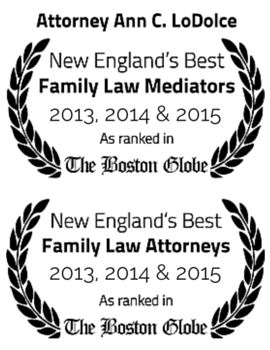 "Thank you so much for your patience in guiding us through the mediation process. Your knowledge and expertise in this area most definitely made a difficult time so much easier to deal with." -C

Virtual Mediations Are Available During the Coronavirus PandemicContact me
+