Will I Win a Custody Battle? Five Things You Should Know

by alodolce in Custody in Divorce

1. What is custody? The concept of custody is twofold and consists of Legal Custody, which designates the parent(s) to be responsible for making decisions on matters of the children’s education, religious upbringing and medical care; and Physical Custody, which designates the person(s) with whom the children will predominately reside. Typically, parties will have shared legal custody of the children with physical custody granted to one or the other. Other scenarios are possible as well, including one party being awarded sole legal and physical custody. This often results when one parent is found to be absent or unfit. It can also happen that the parties are awarded joint legal and physical custody, which would consist of the children spending equal time in two households. The Courts typically frown on this type of arrangement, particularly with younger children as it is thought that children too deserve to have one place they call home;

2. A custody battle in the Courts is not something that should be entered into lightly. Once a divorce is filed, the custody of your children is technically taken from you and placed into the hands of the Court, which acts on behalf of the state in which you live. The Court then has the authority to decide who will ultimately be granted the right to care for and make decisions on behalf of your children. With that said, the Court, barring some extraordinary set of circumstances, is almost always willing to defer to the expertise of the parties and their ability to best make decisions concerning their own children. For this reason, I strongly recommend to my clients that they do everything possible to resolve the issue of custody absent court intervention as only they can truly understand the needs of the children and the dynamics of their family. Additionally, custody battles are long, expensive and grueling for all involved and will inevitably cause a great amount of emotional strain for everyone, most of all the children at issue. While it is sometimes easy to lose focus and concentrate on “winning” the battle, people must consider the cost to the children before engaging in a custody war;

3. Best interest of the child is the key focus of the Court. If it is that two people simply cannot agree on matters of custody and/or there exists a legitimate concern for the ability of one party to safely and effectively parent, then the Court must become involved. After hearing testimony and considering the evidence, a Judge will make determinations on the legal and physical custody of the minor children. The number one focus of the Court, without exception, is the best interest of the children. While this is somewhat of a subjective notion, there are some basic questions that you can ask yourself in trying to evaluate whether those best interests are currently being served and by whom. Are the child’s current day to day needs being met and if so by whom? Is the child doing well in school and socially or is home life preventing these things from occurring? Is the child thriving and well adjusted and what has been done and by whom to guarantee the same? Is the child troubled or in crisis and if so, why? Are the child’s medical needs being appropriately addressed and by whom? The Courts understand that parents are human beings and will make mistakes. It is the totality of the situation that will be evaluated;

4. Courts will usually defer to historical practices of the parties with respect to the custody of the children. So long as there is no concern for the well being or safety of the children, the Court will do everything possible to keep the children in the routine most similar to that which existed during the marriage. If the Mother for example has been the primary caregiver and the children have historically done well in that arrangement, chances are that the Court will order for the same to continue. The Courts recognize that while parties have decided to go their separate ways, children need and deserve to keep their prior lives intact as much as possible. If feasible, the Courts will aim to keep the children in their homes and in their schools, preserving their historical support system and social network. At the same time, if the Court determines that a change is in a child’s best interest, then a change will be ordered;

5. Courts will consider the wishes of older children but only insomuch as those wishes are in concert with their best interests. While most children, if asked, would have some opinion on the matter of where they should live and with whom, the fact remains that children should never be asked such questions, particularly in their younger years. The Courts regularly admonish parents who inappropriately involve children in these kinds of discussions and will absolutely consider this type of behavior when making custodial determinations. Irrespective of their marital status, parents need to continue being the “grownups” and should not look to their children for answers. Older children, however, absent encouragement from their parents, often voice opinions on their living arrangements and in some situations, legitimately possess the capacity to consider and understand the implications of their decisions. In these cases, these children warrant being heard by the Court when custody is in dispute. While a Judge is not usually willing to speak directly with a child he may order that the child speak with a family service officer who will then relay the child’s thoughts to the Court, while at the same time measuring the child’s level of understanding of the situation. A custody dispute will never be decided solely on the wishes of a child, but if that child is older and capable of understanding the situation at hand, and the child’s preferences would not prevent his best interests from being served, the Court will certainly consider the same when making its ruling. 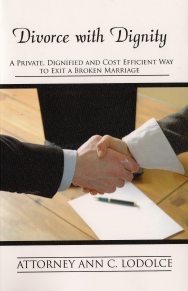